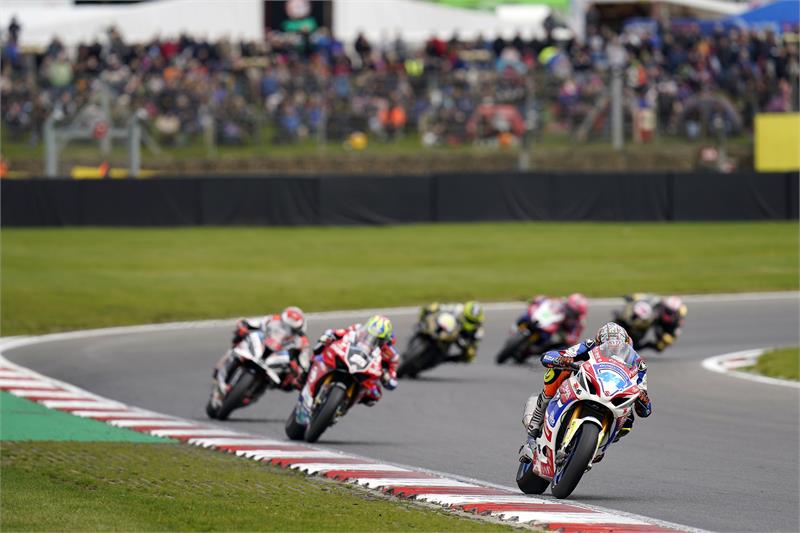 By Mbali19th Oct 2021News
No Comments

Heading to Brands off the back of two wins at Donington Park, Rea started the weekend strongly, finishing FP1 second on the time sheets.

He qualified 10th but made another of his lightening launches off the line to get away with the leading group on the opening lap of race one. Unfortunately, as the laps ticked by, he dropped to 12th at the chequered flag. In races two and three he again made fast starts and came away with eighth and 10th place finishes.

Despite not seeing out the season on the high he wanted, it marks a strong end to a year that saw consistent and steady improvement, culminating in a run of form that saw him fighting for the podium, leading races, and taking his first BSB wins.

“It wasn’t our best weekend of the year, but Brands Hatch certainly isn’t one of our strongest circuits either. We’ve made good progress this season and I felt like we deserved the wins at Donington, and that I owed it to the team for their effort. We were just missing something this weekend. But a big thank you to Hawk Racing for the support this year. I’m looking forward to rounding the year off at Mallory Park’s Race of the Year this coming weekend.”

Aboard the second Buildbase Suzuki GSX-R1000R Superbike, Leon Jeacock came home in 20th,18th, and 19th places from the three races as he made his class debut standing in for injured Danny Kent, while also gathering valuable data and information, testing a number of new components for the team ahead of the 2022 season.

In the Pirelli National Superstock series Tim Neave finished ninth in the final race of the year. Despite a season marred by an early injury, Neave has claimed podium finishes and tasted victory – with a win at Silverstone – as well as also making his Superbike debut at Cadwell Park as a stand-in for teammate Kent, where he impressed with a best finish of 11th.