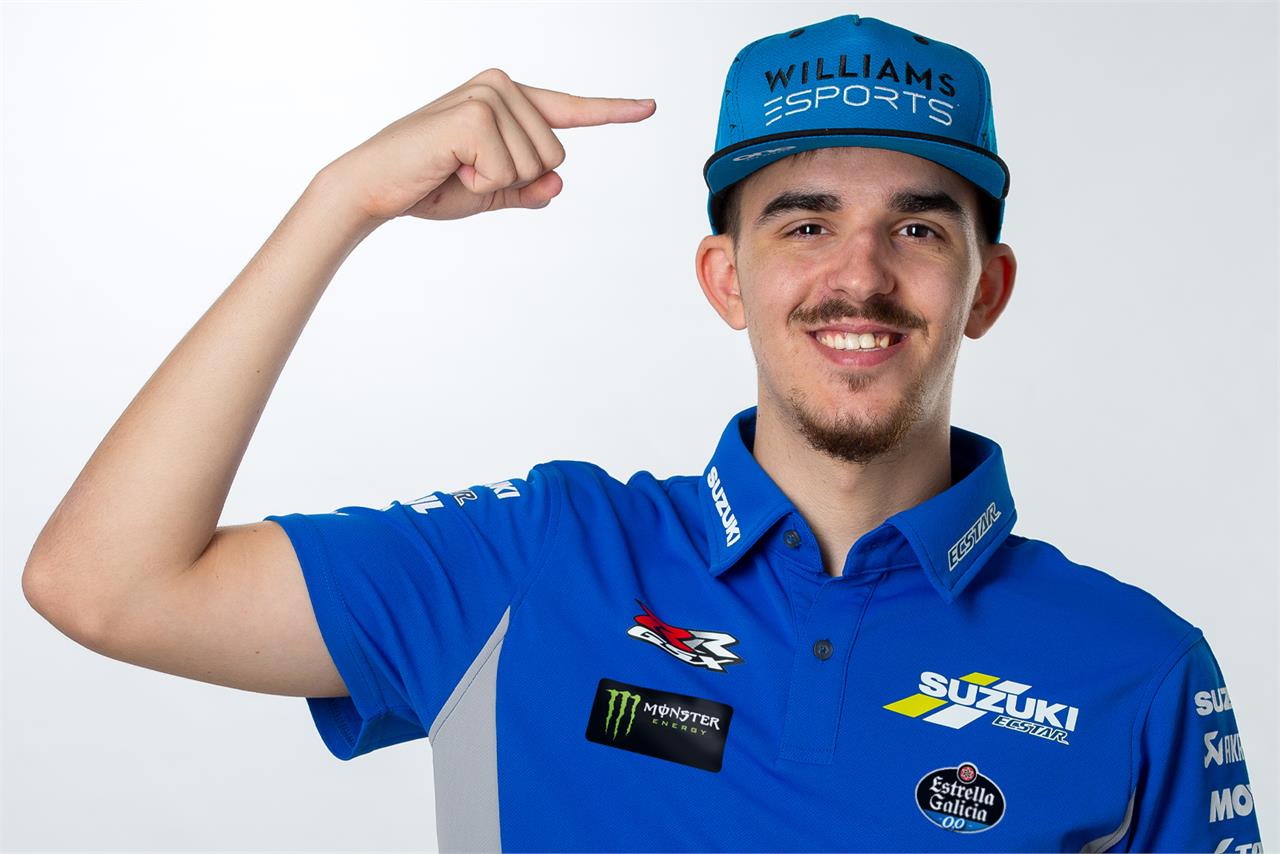 By Mbali9th Jun 2021News
No Comments

• Spaniard Cristian Montenegro Sánchez, 21, will ride again for the ‘blues’
• He has achieved 3rd place in the MotoGP eSport series for two years running

Since joining forces with Team Suzuki Ecstar in an official capacity back in 2019, eSports rider Cristian Montenegro Sánchez has become one of the main contenders in the highly coveted MotoGP™ eSports World Series, and he has just signed a fresh deal with Suzuki for 2021.

Thanks to a collaboration between the great Williams Esports division and the Suzuki MotoGP™ squad, the Spanish rider has enjoyed great support on his quest to win the series title. And Cristian, 21, now feels more ready than ever to virtually ride his way to the top.

Across the world the popularity of eSports, online competitive gaming, has grown and it now enjoys a huge market in the entertainment sector. And with the MotoGP™ eSport series becoming more fiercely competitive than ever, the events are great to watch. Last year’s modified championship enjoyed 12 million live video views and 52 million views overall.

Sánchez has achieved third place in the series for two years running, proving he has podium pace onboard his virtual GSX-RR, and therefore Suzuki Ecstar eSport Team and Williams Esports were keen to retain him.

The first round will take place on June 11th from the eSport riders’ homes, before they join the real life MotoGP™ World Championship on site in Spielberg, Misano, and Valen-cia for the remaining three rounds.

“I am incredibly happy to have the honour of representing Suzuki for the third consecu-tive year. I have always felt at home within this great family and I am very grateful for the treatment I’ve received. I hope to be able to repay their trust in me by achieving the ‘the ultimate goal’, which is obviously to try to win the championship. We have been very close in the last couple of seasons, and I am convinced that we will soon achieve it, since I have the total confidence of my team. For me that is the most important thing and that’s why I want so much to repay them with a title.”

“We are very happy to keep Cristian on our eSport team and collaborate with Williams for another year. Virtual racing may be very different to real life racing, but there are certain similarities and the competitors are required to have many of the same traits, concentra-tion, dedication, precision. Cristian has taken our virtual GSX-RR to third in the champi-onship for two years in a row, and we know he is very skilled. He also fits well with our team and has enjoyed a good relationship with Alex Rins and Joan Mir. We will be cheer-ing him on in all his races.”

“It is a pleasure to continue collaborating with Suzuki and the MotoGP™ eSport project. I remember the first day the team opened the doors for us to carry out a joint project and I am very proud that we are still together. Cristian faces this season wanting to show the talent that he has. He knows what it takes to win races and finish on the overall podium. He has got very close to the World Championship several times, the day will come when he ends up winning it and it would be fantastic if he did it together with Suzuki.”