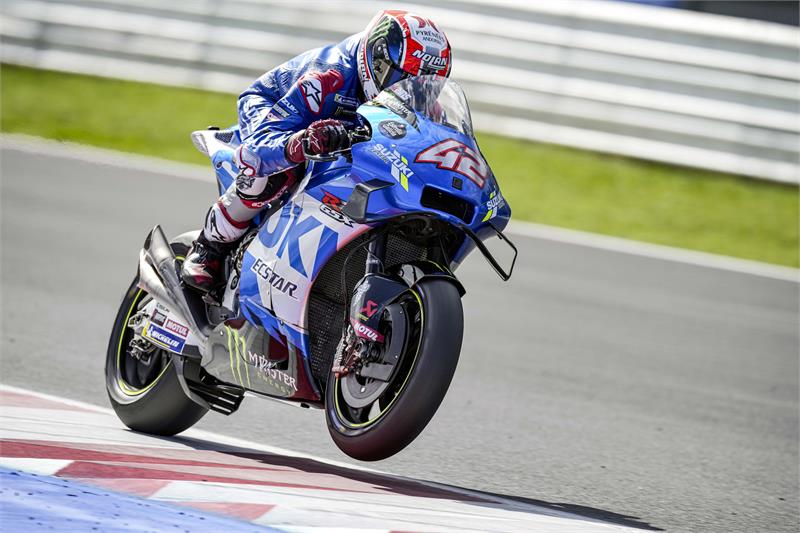 By Mbali1st Oct 2021News
No Comments

The opening weekend in October sees MotoGP™ back in action at the Circuit Of The Americas in Texas after last year’s race was cancelled due to Coronavirus.

Team Suzuki Ecstar riders Joan Mir and Alex Rins will be on track tomorrow (Friday) for the opening practice sessions for Round 15 of 18 aboard their GSX-RR machinery; the scene of Rins’ debut MotoGP win in 2019.

For Mir, it will be his second time at the circuit aboard the GSX-RR following his Rookie MotoGP debut, and the 2020 Covid lockdown, although he has ridden before in other classes.

In the UK, it is Round 10, and the penultimate round of the British Superbike Championship at Donington Park triple-header, where Japanese rider Naomichi Uramoto joins Gino Rea in the Buildbase Suzuki Superbike class aboard the GSX-R1000R, replacing injured Danny Kent.

Uramoto, who arrived in the UK yesterday (Thursday), is currently a strong competitor in the Spanish Superbike Championship (ESBK) for the JEG Racing Team on his privateer GSX-R1000 and also made a wildcard appearance at the Spanish World Superbike round in August on the same Spanish-spec machine.