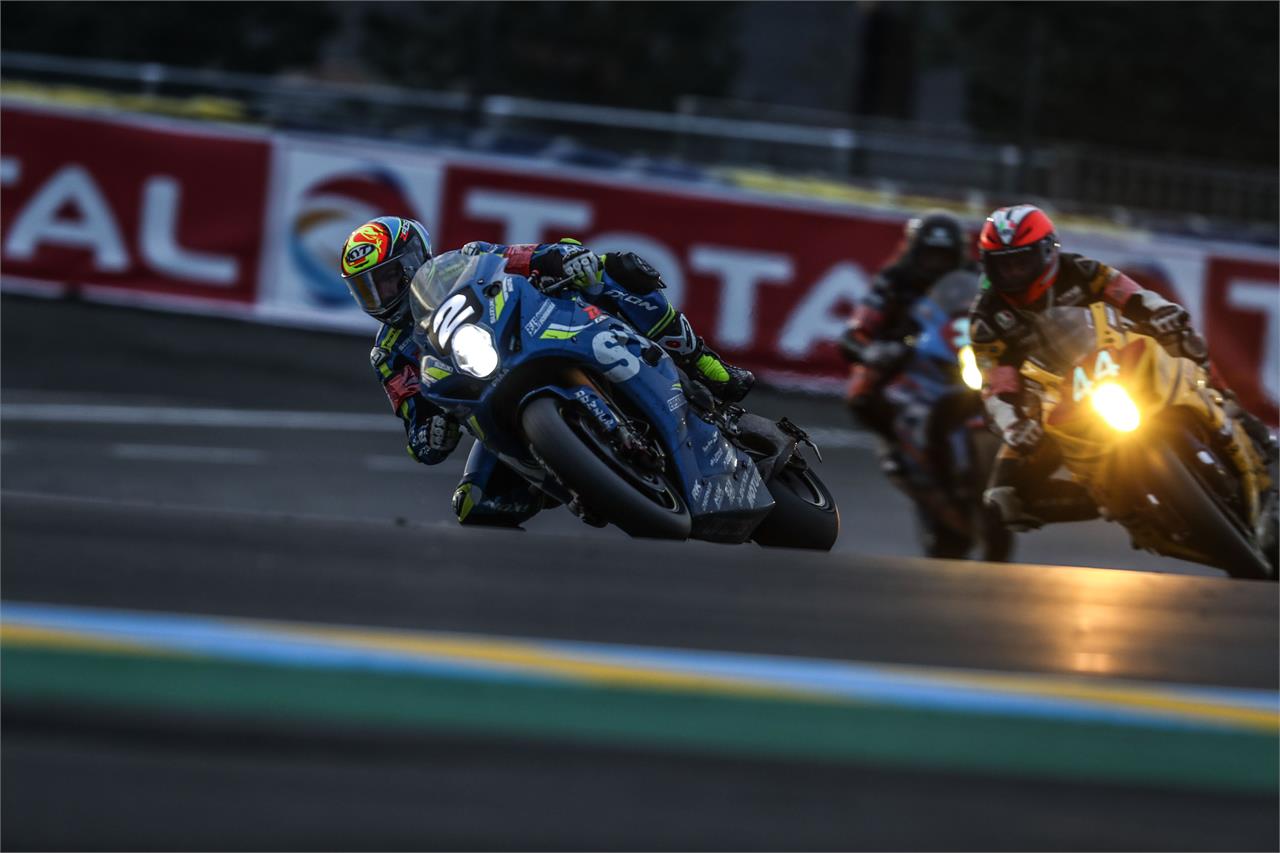 By Mbali31st Aug 2020News
No Comments

Suzuki Endurance Racing Team has increased its lead in the 2019-2020 Endurance World Championship to 40 points after racing to a third-place podium in the 43rd Le Mans 24 Hours race in France that finished today.

SERT and the Suzuki GSX-R1000 started the penultimate and revised EWC series third round – held under closed doors at the Circuit Bugatti – with a 15-point advantage, qualifying third yesterday for the ‘closed-door’ race, and held for the first time without spectators due to the ongoing Coronavirus COVID-19 pandemic.

From the start at 12:00hrs, Gregg Black made the holeshot, and then, after small crash in the early hours of the event, the team got back into the leading group with teammates Etienne Masson and Xavier Simeon keeping the pace up lap-by-lap.

By the fourth hour, and under changing weather conditions, SERT and the GSX-R1000 had moved up into second position, and throughout the night, under cold and windy conditions, settled into third place. Then at Hour 14 moved into second – a position they held for nine hours.

Unfortunately, two hours from the finish, Black was involved in a collision with a lapped rider and needed to come into the pits for a quick repair and after five minutes, the team – headed by Damien Saulnier – was back on track in third position; a position they held until the flag.

During the Le Mans weekend, SERT – like the other teams – earned extra bonus points for qualifying and also race positions at the eight and 16-hour mark, giving the 15-time Endurance World Champions a total of 49 points from the race.

Said Team Manager Damien Saulnier: “For sure, we are always aiming for victory but after this very complicated race, with changing weather conditions and many twists and turns, I’m really satisfied with this third place, especially since it’s a great deal for us in the championship. We are still leading the championship but it’s not over yet. There is still one race left and in Endurance you never know what can happen until you cross the finish line!

“Once again, I would like to thank all the technical staff and the riders for the great work they did. I am very proud of them. I would also like to thank the ACO and Eurosport Events for the organisation of this event in a complex sanitary context. And last but not least, a big thank you to our sponsors for their strong support despite the difficult year that we have all experienced.”

The No Limits Suzuki Team took second place in the Superstock class aboard their GSX-R1000 and finished the race overall in ninth.

The Italian squad, with riders Luca Scassa, Christopher Kemmer and Luca Vitali, are now in third position in the Superstock Championship with one more round to run; the 12 Hours of Estoril in Portugal on September 26th where the winners of the EWC and Superstock classes will be crowned.