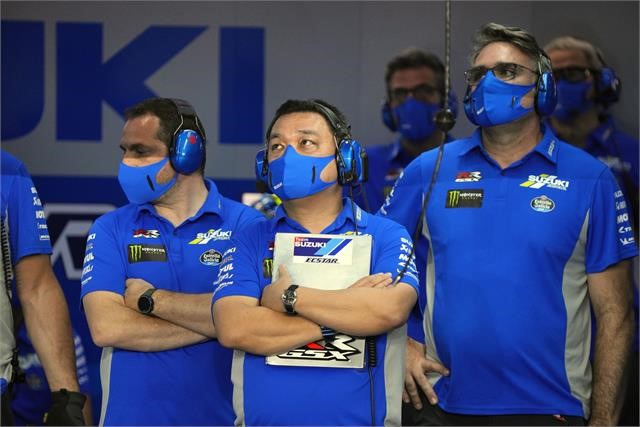 By Mbali20th Dec 2021News
No Comments

In this blog, Team Suzuki Ecstar’s Technical Manager Ken Kawauchi talks development and explains how every action has an opposite reaction.

“The 2021 season has come to an end, and we have to admit that it’s been a hard year from a technical point of view. From the start of the season we could see how much the other manufacturers had improved compared to us and we realised that our advantage was smaller than last year. We needed to keep our heads up and keep our focus, improving the bike over the course of the season, introducing things such as the rear ride height adjuster.

“After a successful 2020 when we won the World Championship, we worked to develop the bike in our usual way, which is to improve many things in a small way rather than take a huge leap. Not only is this our philosophy, but it was also necessary due to the engine development freeze for all manufacturers.

“However, we were very impressed with the most visible part that we introduced; the ride height adjuster. When we brought it, mid-season, it was just the first prototype but it made us happy to know that a newly-developed part could be introduced immediately and work well – this is largely thanks to the work done in Japan.

“The biggest improvements, however, were not made with one big thing, but many small things. The ride height adjuster was something very noticeable but behind the scenes there were other things being tried and tested. I feel that each race we improved a little bit, which overall helped our performance and brought us to where we are now.”

To read the full Blog on the Winter Issue of Team Suzuki Racing Magazine: CLICK HERE