Team Suzuki Ecstar’s Joan Mir reflects on the San Marino GP at Misano, and his spectacular last lap pass on Valentino Rossi, to take third position on the podium.

“It was a really great race on Sunday and I’m so happy with what I was able to achieve. The truth is that I was aiming for a podium but I had a steady start, and big moment a few laps in complicated things a bit. From then I just focused on getting into a good rhythm, and with 10 laps to go I suddenly realised ‘I can really go for the podium.’

“I needed to ride really well, without making any mistakes and I had to disengage my brain a bit – it was better not to think about the fact that the podium was so close! First I passed my team-mate, Alex, and then I had to think about tackling Rossi.

“In the end it all comes down to instinct; your racing instinct takes over. When I’m racing my rivals are sort of ‘nameless’ and that’s no disrespect to them, but when I’m in the zone and focused on the moment, I prefer not to have their names in my head. I don’t think ‘I need to pass this person, I need to pass that person’ I just try to focus on reaching my target and not who my rivals on track actually are, otherwise being here in Misano the thought would be ‘I’d better sit down because if anything happens with Valentino Rossi then it’s a big deal’ but you can’t afford these kind of thoughts when you are a racer.
“My thought process was simply that I knew I was faster than him in the first two sectors of the track, and that’s a benefit when it comes to doing battle with someone like Rossi on a track that he knows so well!

“In Turn 10 I knew I had to take advantage of the pace I had there, so I tried to prepare a pass – taking any chances that he would give me, and he did. He opened the line just a little bit, enough for me to go for it, so I released the brakes a bit and went under him. But even as I was doing it I was saying in my head: ‘Please don’t close the line!’ because we could have both ended up on the floor! Then I knew I had to pick the bike up fast and keep it stable into the last sector, and my efforts paid off because in my last lap I did my personal best time of sector 4, even faster that the qualifying lap.

“When I got to Bagnaia in the last two corners I realised that he was slowing down, but it was already too late to attempt anything. If I had known that, if I had realised it a little earlier, for sure I would have prepared an overtake, but at that point it was just too risky. That last lap was an exciting ride! It was such a thrill!

See you all next weekend.” 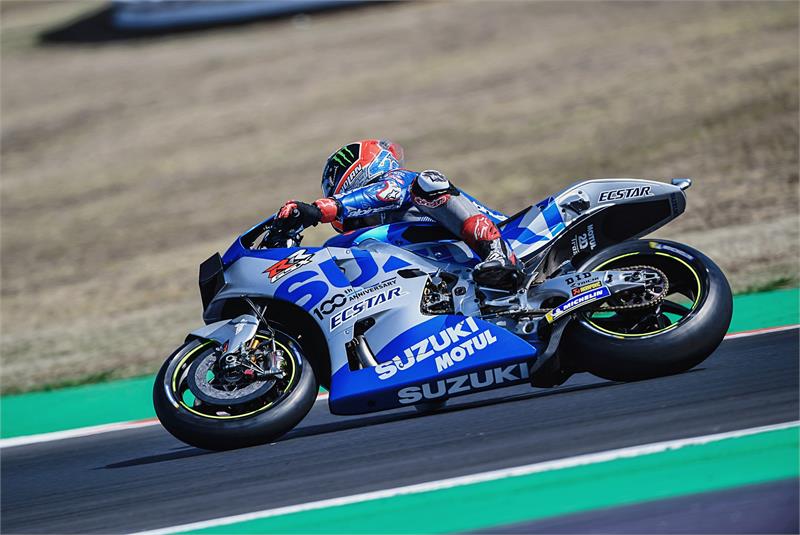