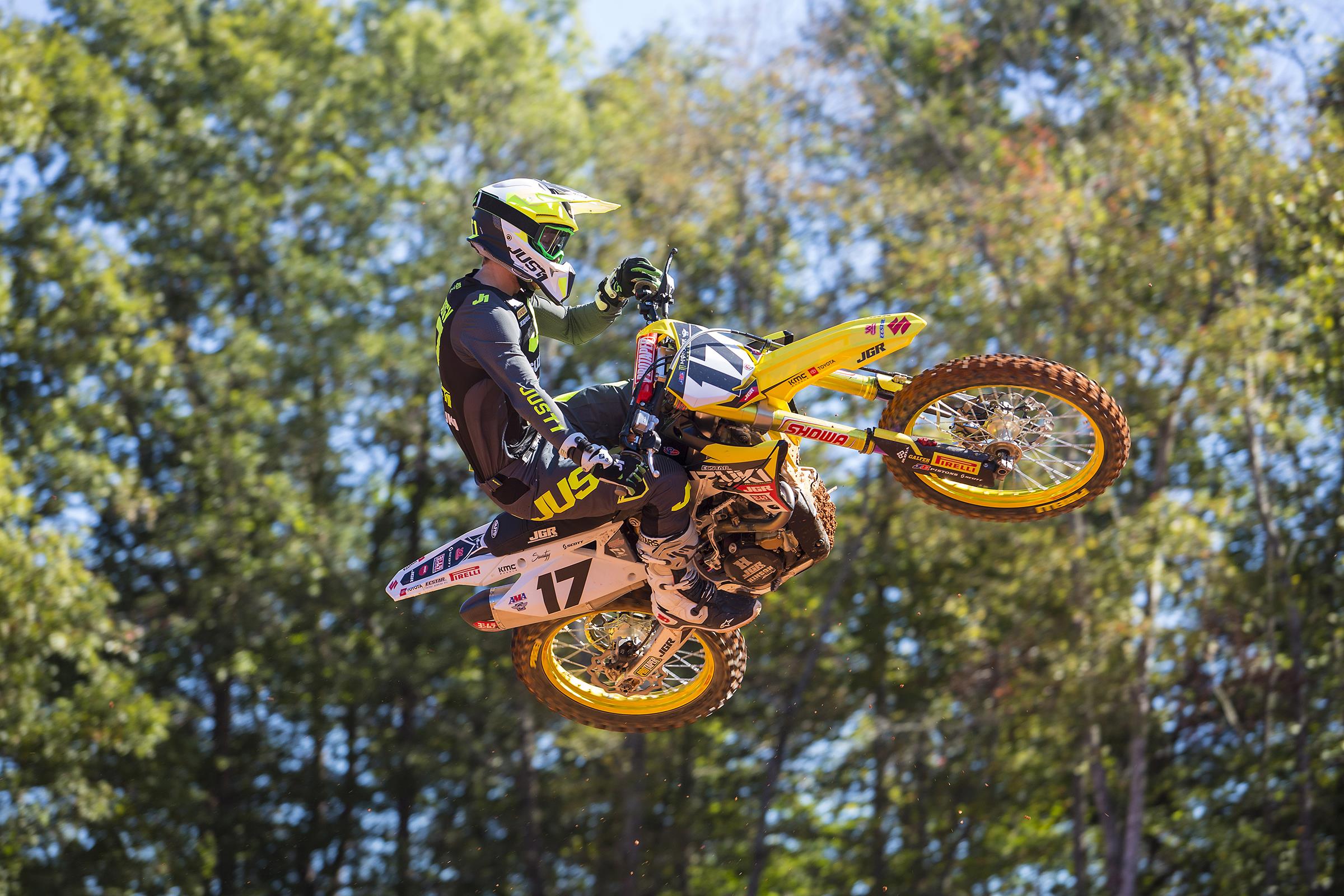 By Mbali6th Dec 2019News
No Comments

Kicking off the year with the 2020 Monster Energy Supercross series, Fredrik Noren will gear up to contest the premier class on his Suzuki RM-Z450 alongside teammate Joey Savatgy. Jimmy Decotis returns to the team and will contest the East Coast rounds while Alex Martin takes on the West Coast. Both Decotis and Martin will compete on their Suzuki RM-Z250’s, but line-up in select 450 events as well.

Said Team Manager Jeremy Albrecht: “Freddie and Jimmy D are going to be great additions to the team as they join Joey and Alex and I am excited to see what they’ve got in store. Freddie rides so comfortably on the RM-Z and it showed during last season. Jimmy D’s been a JGR fan-favourite for some time and we’re thrilled to get him back on yellow to grab more podiums. Overall, we have a strong team this year. I am confident in each rider as they bring speed and strength to the track.”

‘Fast Freddie’ made his Suzuki debut as a fill-in rider on the JGR-tuned Suzuki RM-Z450 during the Southwick National for round six of the 2019 Lucas Oil Pro Motocross Championship. The Swedish native proved to be a top contender as he finished in the top-10 on his Suzuki and will continue to display that talent during the Supercross series 450 rounds.

Decotis scored his first-ever podium with the JGR Suzuki squad in 2018, then reached the podium at both San Diego and Seattle last season. ‘The Rippa’ will represent the team for the 250 East series and transition to his RM-Z450 at select rounds. Decotis is more than ready to keep his upward trajectory and get the first win under his belt.

“I’m really excited to represent the JGRMX/ Yoshimura/ Suzuki Factory Racing team in both 450 and 250 Supercross,” said Decotis. “I’ve fought really hard these last few years to keep improving and progressing as a racer. Although I’ll be competing in the 250 division and challenge for race wins, I’m eager to make the step up to the 450 class for several rounds and get race experience against the best in the world. I’m extremely thankful for the opportunity that JGRMX and Suzuki have provided.”

Martin will be at Anaheim round one on his Suzuki RM-Z250 when the 250 West series kicks off but will also debut on the RM-Z450 at select rounds. ‘A-Mart’ is eager to build upon his strong results from previous races and show versatility and determination on both model RM-Z’s.

Due to a pre-season crash at the Australia Supercross, Savatgy begins the AMA season on the injured list with a foot injury. The Suzuki 17 number plate holder is looking for a speedy recovery and planning to be back on the track during the 2020 SX season.

Decotis added: “I am wishing the best for Joey on his injury and hoping that he gets back to racing as quickly as possible.”