Empatic One – Two For Suzuki As MIR Takes Debut Win 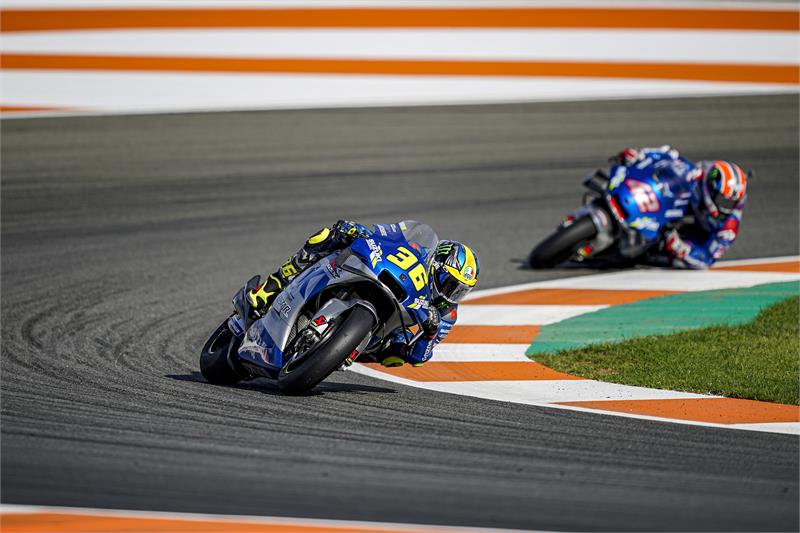 Team Suzuki Ecstar enjoyed what could be described as a ‘perfect Sunday’ at Ricardo Tormo circuit for the European Grand Prix; after an excellently controlled 27 lap race, Joan Mir took his first MotoGP victory, extending his championship lead, with his team-mate Alex Rins in second place.

Coming into the race with a 14 point lead in the championship, Mir managed the pressure well. From his fifth place grid spot he slotted into fourth off the line before swiftly moving into third, and just four laps into the race he had put in an excellent pass to snatch second place. The Mallorcan displayed phenomenal race pace as the circuit claimed several victims, and on Lap 17 he passed Rins at Turn 11 to take the lead. From that point on there was no looking back, and amazingly he set the fastest lap of the race on Lap 20. Riding within his limits and looking smooth and confident, five laps from the end he had a one second lead over the field and he went on to take a superb debut victory and extend his title lead to 37 points.

Rins got a rocket start from second on the grid, and his precise and confident style saw him become race leader and set a great pace from the second lap onwards. Rins held his spot at the front of the field until Lap 17 when he was passed by his team-mate. He did a great job to hold off third-place Pol Espargaro, who remained close to the Suzuki pair throughout the race. By the end of the 27 laps, Rins was on for a solid second place – his third podium in as many races. He now moves to within 37 points of his Team Suzuki Ecstar team-mate, on equal points with second place in the standings, Fabio Quartararo.

Team Suzuki Ecstar have now had three consecutive double podiums in a row, but today’s marks the first time Suzuki have had a 1-2 result since the German GP in 1982 – when Randy Mamola, Virginio Ferrari and Loris Reggiani blocked out the rostrum. Team Suzuki Ecstar also lead the Teams’ Championship and Constructers’ Championship.

“Today was a perfect result for the team, congratulations and thank you very much to Joan and Alex! It’s great to have first and second places in the race, it’s the ideal situation – and it was super to see Joan get his first victory! We didn’t have much of a chance to set up the bike for dry conditions, so we’re even more impressed with the performance of our riders and our bike. I want to thank the entire Team staff, and we’ll try to do the same again next week.”

“It’s been an unbelievable race, I’ve been dreaming of a Suzuki 1-2 for a long time and today we managed it! Thank you so much to all the Team, and to Joan and Alex of course! We’re doing something fantastic this season – we’re leading all three championships and our riders are so strong in the races. I would like to have this wonderful feeling forever, but we still have two races to focus on, so we will stay calm and keep our heads down. Let’s try to continue in this way!”

“I’m just so happy, the Team and I put together a perfect weekend! It’s difficult to give 100% when you’re fighting for a title, because you always have to be a bit cautious, but today I saw the chance for my debut victory and I had to take it. I knew what I had to do, and I felt really great with my bike. I don’t really have words to describe how amazing it feels to be a MotoGP race winner, and it gives me an extra boost, especially after a tricky weekend in terms of conditions. Things are still close at the top, so I need to stay focused and continuing working for next weekend.”

“I was leading for a large part of the race, and I was hoping to lead from start to finish, but I missed a gear at Turn 11 on the 17th lap, and I went wide and Joan got through. Once he was at the front it was very hard to stay with him, even though I tried, because his pace was really good. But even if the result wasn’t perfect for me, it was a fantastic day for the Team. Joan got the victory that he really wanted, Suzuki got a one-two finish, and I got 20 points to add to my championship tally! So, I’m happy! Ready to go again next week and see what I can do, there are still plenty of points on the table.” 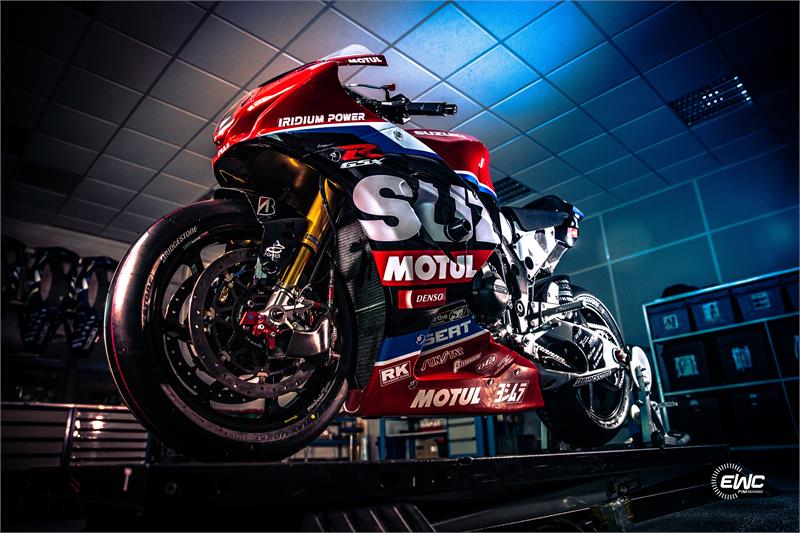