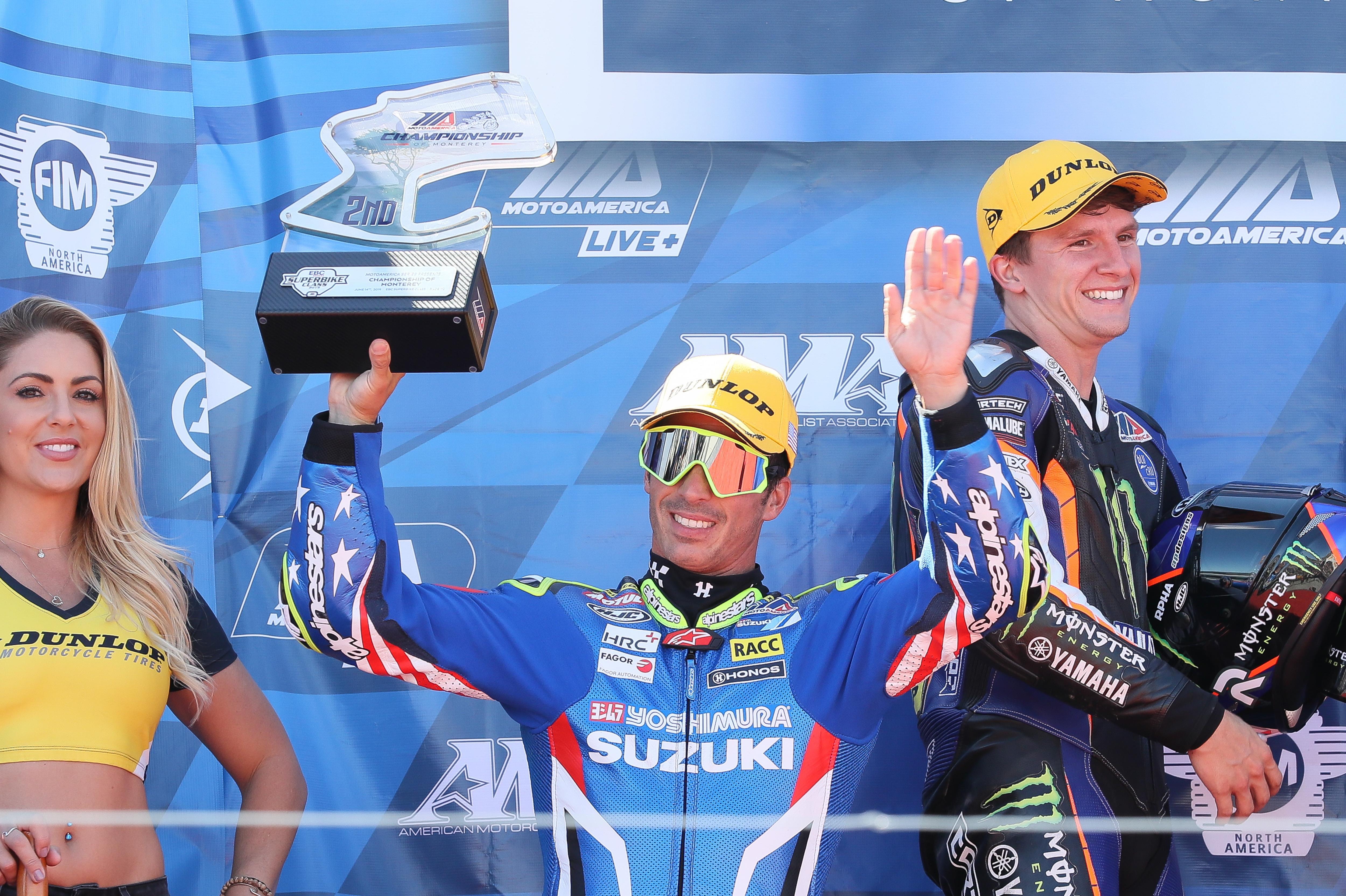 By Mbali16th Jul 2019News
No Comments

Elias took victory aboard his Yoshimura Suzuki GSX-R1000 in Saturday’s opening race, marking his sixth win of the season. He then finished second in Sunday’s race, but most importantly he kept his closest series rival behind him in both races, which means Elias, who came into the weekend with a 26-point lead, leaves the Monterey Bay with a commanding 39-point lead in the MotoAmerica Superbike standings after six of 10 race weekends.

Yoshimura Suzuki’s Josh Herrin crashed out of Saturday’s race while battling near the front, but came back strong Sunday, ran with the leaders most of the race, and finished fourth. It was his sixth top-five finish of the year.

Elias qualified third in Superpole, but in Saturday’s race got another of his patented great starts and rocketed to the lead early. He was then involved in a fierce battle, which saw four riders officially lead laps, including Elias and Herrin. As the race progressed, Elias gradually gained control of the race in the final laps and won by 0.778 seconds. He celebrated on the podium bringing up his infant son.

In race two, Elias was locked in a great last-lap battle for second and came through with impeccable race craft in the final turns leading up to the flag.

“This was an incredible weekend,” Elias said. “We worked hard on setup and in Saturday’s race when I went out on the track I knew we hit it perfectly. I was so confident with the bike. I knew I was in a good position to win the race, even from the first lap. My team did an amazing job. My family is here. My son is here. It’s his first race ever for him.

“Then today, Garrett (Gerloff) had a great race. I congratulate him for his first win. Finishing second was important for the championship. Of course, I would like to win every race, but we are building a lead again and that’s all I can ask for. I am happy and excited about our progress, but I must stay calm. There are still many, many races to go.”

“I had a pretty serious crash on Saturday and thank goodness my Alpinestars airbag really saved me,” Herrin explained. “I didn’t feel a thing when I fell and that gives you confidence when you get up, that you can go out and ride hard again. On Sunday I had a pretty good race going. I was battling with Toni and Cameron (Beaubier). I lost them about three-quarters of the way through the race. I finished out with some good lap times, but couldn’t reel them in. I’m looking to Sonoma to have a good weekend from start to finish. Right now, my hope is to get things figured out and have a strong finish to the year.”

Yoshimura Suzuki and the MotoAmerica Series next visit Sonoma Raceway in Sonoma, California, on August 10-11th.