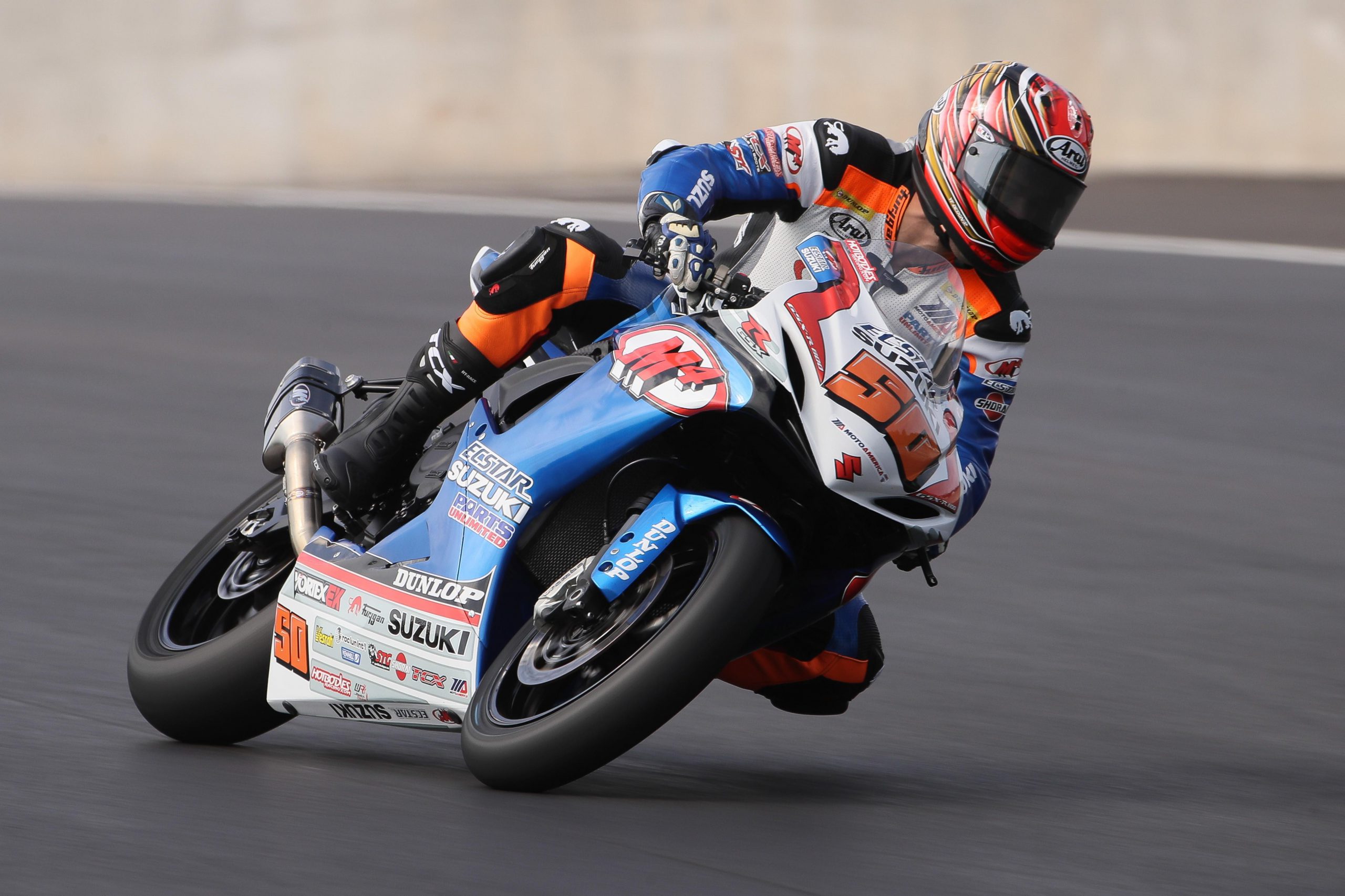 By Mbali17th Dec 2019News
No Comments

Suzuki Motor of America, Inc. has announced it has reached an agreement with Team Hammer to become its official team for the 2020 MotoAmerica AMA/ FIM North American Road Racing Series.

In addition to their continued participation in Supersport and Twins Cup, Team Hammer will now field Suzuki’s premier Superbikes and add the Stock 1000 class to its list.

The team enters the series as Team Hammer Suzuki. Riders for each class will be announced later.

Most recently, M4 ECSTAR Suzuki’s Bobby Fong (pictured) became the 2019 MotoAmerica Supersport Champion aboard a GSX-R600 while Road racing World Young Gun Alex Dumas took the Twins Cup title on an SV650 this past season. Team Hammer Suzuki is looking to build off that momentum and add more victories to the list as the team is set to field Suzuki’s premier Superbike team.

In 2020, Team Hammer will celebrate its 40th consecutive year of operating as a professional road racing team. In addition to a decorated list of accomplishments in various national and international championships, Team Hammer’s success at the AMA Pro and MotoAmerica National level is exceptional. To date, riders on bikes prepared and fielded by the team have earned an accumulated seven AMA Pro and MotoAmerica National titles while racking up 83 race victories and 234 podium finishes in MotoAmerica Superbike, MotoAmerica Supersport, MotoAmerica Twins Cup, AMA Formula Xtreme, AMA 750cc Supersport, and AMA Pro Daytona Sportbike.

Along with a record of preparing, developing, and fielding championship-calibre equipment, Team Hammer is known for its ability to identify and foster talent, whether it be up-and-coming riders, overlooked international riders, or established veterans looking to reignite their careers.

After over 40 years together, Yoshimura R&D will no longer field Suzuki Superbikes. Yoshimura will remain an important partner for marketing and R&D efforts for Suzuki but with a different focus, and will continue to build upon their strong business relationship moving forward.

Don Sakakura, President of Yoshimura R&D commented on the unparalleled relationship between Suzuki and Yoshimura that spanned some four decades: “Yoshimura’s partnership with Suzuki has been instrumental to our core business the past 41 years,” said Sakakura. “As a team, we accomplished tremendous racing milestones, leaving behind many special celebrations, as well as setbacks. Personally, it has been a true privilege to have worked closely with management and staff at Suzuki. The friendships I’ve developed will carry over my lifetime. Notably, the engineering team at Suzuki’s Japan headquarters has been extremely significant in our successes over the years.”

Suzuki echoed Sakakura’s comments and thanked Yoshimura for its contribution to 212 race wins and 14 Championships in the AMA Superbike class, the most of any manufacturer.

Kerry Graeber, Suzuki’s vice president of sales and marketing stated that the Suzuki Yoshimura relationship remains strong. “Though Yoshimura won’t be operating our road racing team moving forward, we look forward to continuing together in many other aspects of our business.” Graeber noted that Yoshimura remains integral with JGR/ Suzuki, the company’s Supercross/ Motocross race team, as well as several sales and marketing programs. Graeber sees that not only continuing, but also possibly expanding.

Team Hammer Suzuki will make its debut on March 10-11th, 2020 at the 2020 MotoAmerica Pre-season Test at Barber Motorsports Park in Birmingham, Alabama.